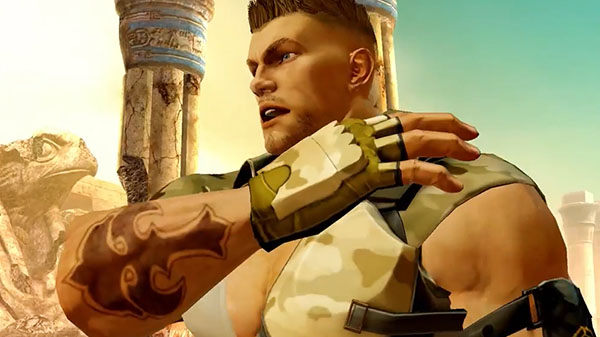 Bandai Namco’s upcoming Tekken Mobile brings the fighting game to your pocket in the first mobile title based on the popular series. Now you can have a little Jin or Hwoarang in your pocket, and that’s good news for everyone, right?

As it turns out, the game is coming to the West pretty soon, with a rolling debut across various locations, dropping in the United States as of March 1. Folks are pretty excited for the game, as there have already been 1.5 million people having pre-registered for the upcoming title, with Bandai Namco releasing an exclusive mobile character named Rodeo in celebration of the feat. He’ll be available for free when the game drops on March 1.

For now, you can see him in action in the trailer below. It wouldn’t be shocking to see him appear in future console and PC versions of Tekken at some point. He looks unique enough to make a dent in regular play, but it’ll be fun to see him crashing the mobile party, too.