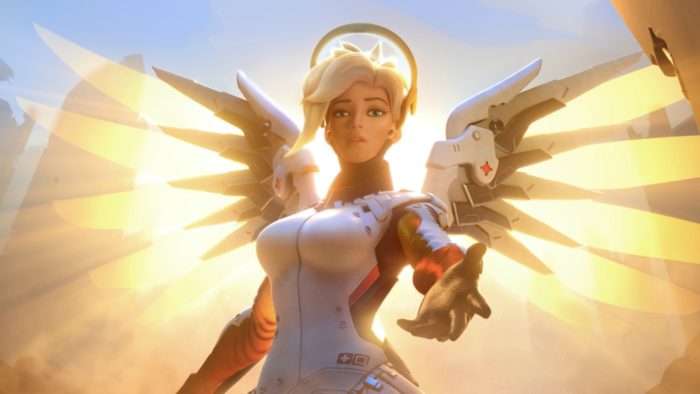 Overwatch’s latest patch is now live for Windows PC, PS4 and Xbox One, and is headlined by a variety of Warcraft-related bonuses and other aesthetic additions. Players who pre-purchase a Digital Deluxe version of World of Warcraft: Battle for Azeroth will receive a collection of emotes and voice lines, Kul Tiras and Zandalar player icons, and sprays featuring Anduin, Sylvanas, Jaina and Saurfang.

The update also includes the addition of pristine 4K resolution for Xbox One X users, and the usual balances and bug fixes. Junkrat’s concussion mine has been scaled back in power, with targets further from the center of the blast radius receiving less damage, while Mercy’s Valkyrie transformation has had various reductions, including debuffs to her Resurrect ability. The amusing yet horrifying glitch in D.Va’s Black Cat skin has been rectified, and her face and hair textures will now load properly.

So far, the amendments made to Mercy seem to be the main talking point on the Blizzard forums, with many decrying the changes.