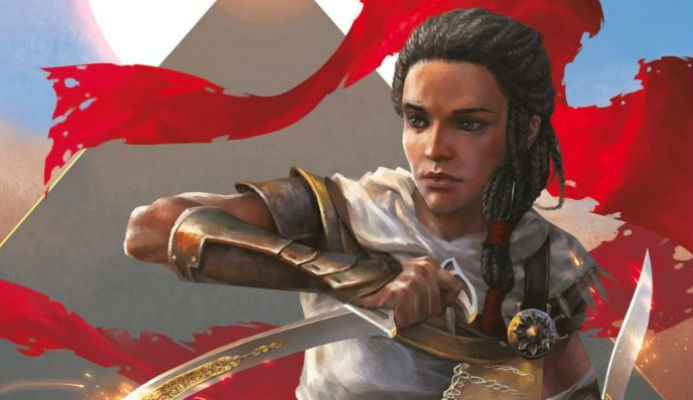 Following a number of high profile tie-in comics, Titan Comics announced today that it will be kicking off its Assassin’s Creed Origins series in February. The news, courtesy of Gamespot, comes after Titan’s announcement last year that it will be publishing a Bloodborne comic in February as well, giving fans the chance to return to Yharnam while they wait for the sequel.

The Assassin’s Creed Origins comic will take place after the events of the main game and, based on images released by Gamespot, will feature historical figures like Cleopatra and key characters like Aya. Titan hasn’t revealed any other details about the plot yet, but given Origins’ ending fans are sure to have their theories based on Cleopatra and Aya’s involvement.

The first issue will have multiple cover variants, but the primary cover was designed by Stephanie Hans, an artist who has worked on Jean Grey comics as well as The Wicked + The Divine.

Both the Bloodborne and Assassin’s Creed comics will be available for sale in stores and online come February.

It seems like Ubisoft is spoiling its fans. Players are just now diving into Origins’ first major DLC content release, The Hidden Ones, and the second DLC release, The Curse of the Pharaohs, is set to follow on March 6. Titan’s announcement also comes hot on the heels of the news that Origins will be getting a new game plus mode sometime soon.