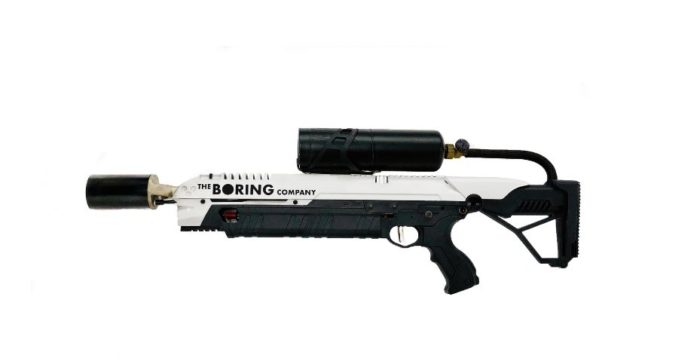 Elon Musk’s The Boring Company began selling flamethrowers, of all things, last week, and he’s already sold north of 7,000 units. And while Musk has joked that his flamethrower will be useful for surviving a zombie apocalypse, it appears more likely it’ll be useful for fighting off alien monsters, bandits, and corporate soldiers.

After sarcastically tweeting that “the flamethrower is sentient, its safe word is ‘cryptocurrency,’ and it comes with a free blockchain,” Musk was contacted by Gearbox Software President and CEO Randy Pitchford about possibly including the gun in Gearbox’s upcoming Borderlands 3.

“I’m going to add this to our next Borderlands game. Super serious,” tweeted Pitchford yesterday. “Let me know if you want to write the flavor text. You may have already done so — we’ll just lift it from one of your tweets.”

Musk tweeted back that he was fine with this and Pitchford responded that it was a done deal.

Although the last few years have been filled with a Borderland spin-offs, a prequel, and a re-release, fans have been waiting for a true Borderlands sequel since 2012’s Borderlands 2. Pitchford hinted in September 2017 that at least 90 percent of Gearbox was working on Borderlands 3, but the game does not yet have a release date or even an official announcement beyond Pitchford previously saying there would “obviously” be another Borderlands game.