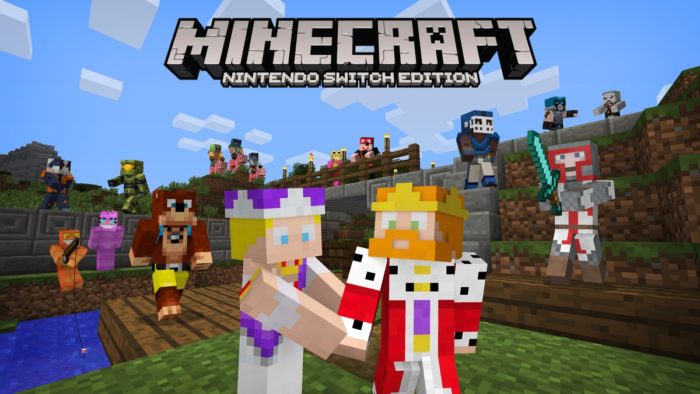 Minecraft received a pair of pack announcements today, resulting in a strange visual that few would have ever seen coming. The first brings the cast of Disney’s Moana into your game with the Moana Character Pack. From the demigod Maui to a ‘lethally stupid chicken’ (poor Heihei always gets put down), there’s no shortage of fun new folks to add to your Minecraft world.

The second, and much more startling revelation, is that the wildly popular Skin Pack 1 is now available for the Nintendo Switch and Wii U. Included among these skins are Microsoft stalwarts like Master Chief and Cole Train, as well as the return of Banjo to a Nintendo console. It’s so surreal, even the official press release makes mention of the novelty of playing as Master Chief on the Switch. Speculation is sure to run rampant as to what other kinds of crossovers could be lurking on the horizon between Nintendo and Microsoft.

Both the Moana Character Pack and Skin Pack 1 for Nintendo Switch and Wii U are available now on the Marketplace.