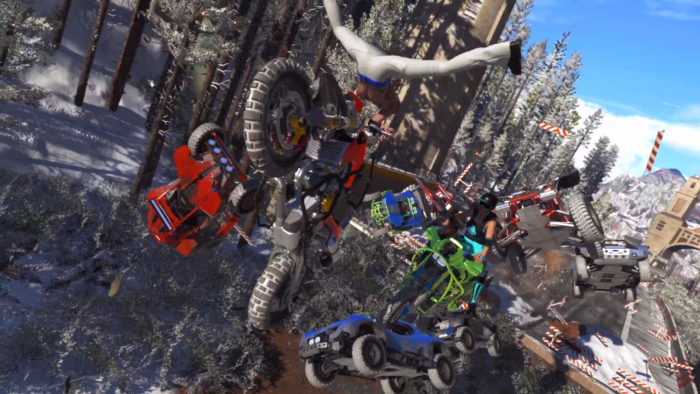 OnRush is an upcoming arcade racer from developers formerly from Evolution Studios, and publisher Codemasters has shared that we’ll be getting our hands on it this June. It’s coming for both PlayStation 4 and Xbox One, and it’s going to come with special preorder goodies as well. If you decide to jump on them, you’ll get early access to a May beta, and a PlayStation 4 Digital Deluxe Edition will come with these goodies:

The Xbox One is getting its own Digital Deluxe Edition as well, but there aren’t any details floating around about that version at this time. There will be a Photo Mode with OnRush when it launches, however, which is a pretty cool feature. If you’re not familiar with the mechanics, it essentially allows you to pause the game and take a myriad of photos with added filters, focus, and more.

We should be hearing more about OnRush in the coming months.