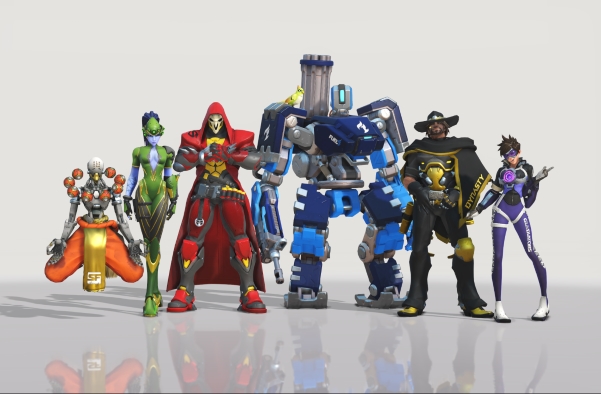 Blizzard released an update for Overwatch today adding Overwatch League team skins for every character, alongside a list of bug fixes.

Every home-team skin per character costs 100 tokens, so it will take about a hundred dollars to outfit the entire current hero roster with one team’s colors. Blizzard is celebrating the league’s launch by giving out 100 free tokens for all Xbox One, PlayStation 4, and PC players who log in before Feb. 13. The Overwatch League’s first season begins tomorrow, Jan. 10, and can be watched through Blizzard’s own website or through Twitch, which gained third-party exclusive rights to stream all OWL games.

The patch notes below, via Blizzard, contains bug fixes mostly related to Doomfist’s abilities. Xbox One and PlayStation 4 versions receive extra control options, such as mapping communication wheel commands to buttons and the ability to hold crouch instead of a toggle.