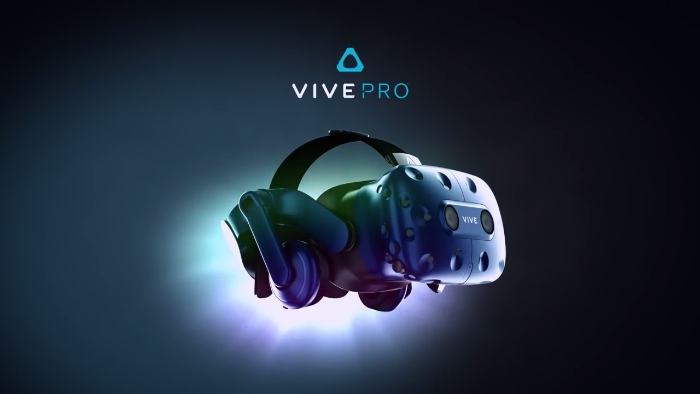 The Vive Pro includes dual-OLED displays with a combined resolution of 2880 x 1600, a 78 percent increase from the original Vive’s 2160 x 1200 resolution, which could help with clearer text and sharper graphics. The headset also includes built-in headphones, dual microphones, dual front-facing cameras, and a redesigned head strap with a sizing dial that creates “a more balanced headset that decreases weight on the front of the headset.”

HTC has not revealed the price or release date for the Vive Pro, though will sell the individual headset in Q1 2018 with a full bundle containing new controllers later this year. The Vive Pro will be backwards compatible with both 1.0 and 2.0 base stations, and can use up to four base stations for tracking.

The company also announced a wireless adapter that will work with both the current Vive and the Vive Pro. The adapter uses Intel’s WiGig technology in a 60Ghz band for “lower latency and better performance.” The wireless adapter is scheduled to release this summer, though no price or estimate on its battery life has been detailed. On the software side, HTC is improving its Viveport VR app store with “VR Previews,” or trial content, available in early access today.