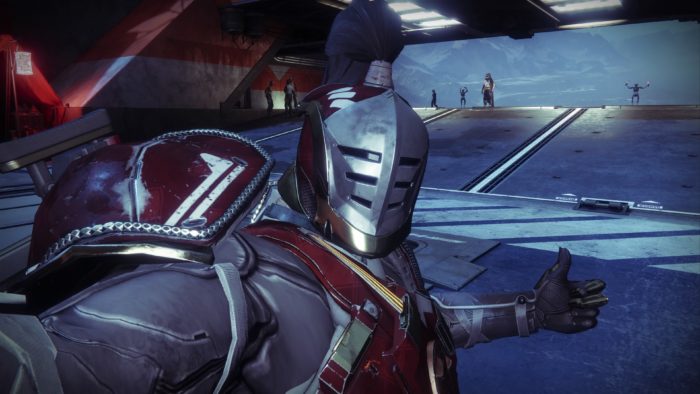 Destiny 2 developer Bungie revealed in a blog post today how the studio plans to shift end-game rewards away from the game’s microtransaction-laden Eververse, and detailed future updates throughout 2018.

While Destiny 2 players could only receive high-end Ghosts, Sparrows, and ships randomly through Eververse’s Bright Engrams, earned by leveling up or buying with real-world money, Bungie wrote in the post that the platform “was never intended to be a substitute for end game content and rewards.” As a result, the studio will be adding these items to achievement loot pools, providing gameplay paths to earn Bright and Event Engrams, and allowing players more options to directly purchase specific items in the upcoming seasons.

Bungie announced the upcoming Crimson Days event starting on Feb. 13 would contain some of these changes. Players will be able to earn an exclusive Legendary Emote, weapon skin, and Exotic Sparrow from completing Nightfall, Raid, and Crimson Days milestones, respectively. Leveling up each time during the event will reward one Illuminated Engram and one Crimson Engram, which the latter will be “strongly weighted” to give players new rewards until all event items have been received.

Bungie provided a small update on XP earn rates, writing, “Right now, it’s too slow in general and lopsided towards grinding specific activities (which is not a fun grind) and we want to fix that without making those activities low value to players who aren’t grinding them (fairness is cool).” The studio is continuing to “investigate other angles” to fix the problem after a failed first attempt and will update as progress is made.

In the post, Destiny 2’s upcoming content schedule was broken down into four updates: Jan. 30, February, Spring 2018, and Fall 2018. The Jan. 30 update focuses on expanding the Masterwork system into armor, allowing players to re-roll a specific stat type on each piece of gear. Raid Rewards will also be reworked to include mods and Ghosts with Raid-specific perks.

The February update will replace the time limit mechanic in the Nightfall with a similar system to the original Destiny’s Strike Scoring. The mod system will be reworked to “reducing redundant mods, more unique theming, and greatly increasing their impact on your power,” though Bungie noted parts or all could be pushed to early Spring due to scope. The February update will also add Tower text chat to PC version, reduce exotic duplicates, increase pace of Quickplay gameplay, and mark other Fireteam members on players’ destination maps.

The Spring update focuses on the Crucible with the addition of private matches, a 6v6 playlist, seasonal Crucible ranks, and the Mayhem gametype becoming a limited-time event. The update will also include a balance pass on weapons, abilities, exotic weapons, and exotic armor alongside increased vault space and modifiers in Heroic Strikes. Bungie did not go into much detail about the Fall update, only providing improvements on weapons, clan rewards, Trials of the Nine, and the future of Guided Games.

Bungie also announced that the Faction Rally returns on Jan. 16, after delaying the event due to locking base activities behind the Curse of Osiris expansion, and Iron Banner will be back on Jan. 30.