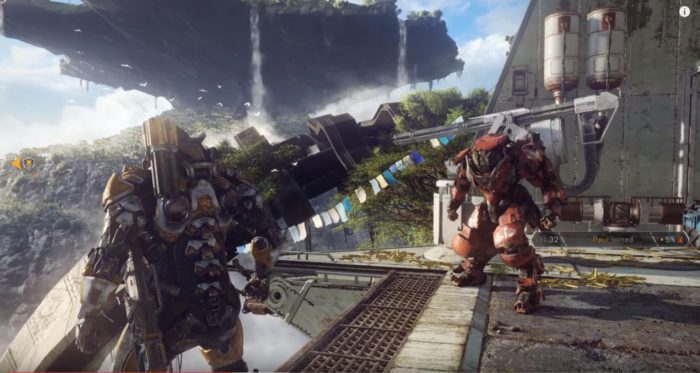 Those who have been eagerly awaiting Bioware’s upcoming Anthem since it’s E3 trailer may want to pace themselves a bit, as it looks like the game’s release has been delayed to 2019. The news comes courtesy of a report by Kotaku’s Jason Schreier.

In the report, which goes into great detail on the situation, Schreier discusses the future of Anthem and how its development team has begun to double down on the game in response to increased pressure. It goes at length about how Bioware has begun pooling a majority of its resources and staff into the project and how there’s a growing sense among the development team that the future of their studio hinges on Anthem’s performance. In order to help assure Anthem is as good as it possibly can be, this will almost certainly lead to a delay to give the game added development time.

As you may recall, Bioware’s last major release was Mass Effect: Andromeda, a game that ultimately failed to live up to fan expectations. The game underperformed and, judging by those Schreier cites, because of that and EA’s subsequent backlash with Star Wars: Battlefront II there’s now a lot riding on Anthem’s success.

As one developer told me, there’s a belief that if Anthem doesn’t live up to EA’s expectations, BioWare will look very different in the future, especially after the disappointment of Mass Effect Andromeda led to EA absorbing BioWare Montreal into the studio EA Motive.

Focusing most of their resources onto one game as it approaches release is nothing new for Bioware. In fact, the same practice was used for Dragon Age: Inquisition and Mass Effect: Andromeda. However, after the troubling year EA had in 2017, tensions are mounting within Bioware for their take on a Destiny-style shooter to be a massive hit. With any luck, the added development time will assure just that. The game was originally slated for a fall 2018 release but that date, as said in the report, was “unrealistic”.

As of yet there is no official word on Anthem’s delay from EA.