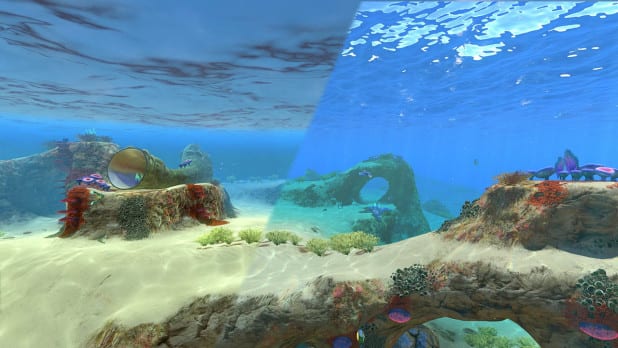 Developer Unknown Worlds’ expansive underwater adventure game Subnautica is now out of early access and available for everyone to try in full. It’s up for grabs on both PC via Steam and Arc, and you can explore the murky blue depths of the ocean as much as you please now, five years after its first announcement back in Dec. 2013.

Subnautica is an intriguing, sometimes scary, always exciting endeavor that invites you to search an alien ocean teeming with strange creatures for supplies. You’ll have to create your own equipment and other selection of items as you interact with the flora and fauna around you and even jet around the ocean in your own crafts.

There’s a ridiculous amount of stuff to do within the world of Subnautica, so if you’re looking for something a little different, you might want to check out the PC version now that it’s made its official debut. It’s also up on Xbox One, though it hasn’t released in full there just yet. That’s still in development at this time.