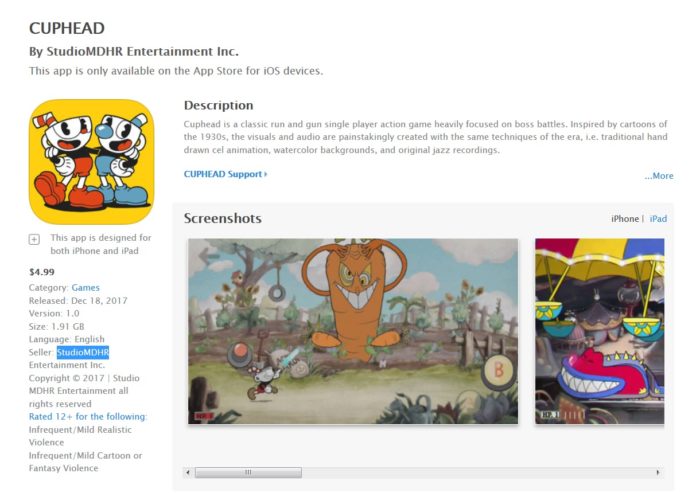 The first update for StudioMDHR’s run and gun game Cuphead went live for Xbox One and PC today, two months after the title’s launch in late September.

The biggest issue fixed with the update is the “Mugman army” glitch, where it was possible to have over a dozen of the second player’s character on screen at the same time. This worked by selecting the “Remove Player 2” option on the first controller, while pressing Start on the second controller. The glitch worked in both the overworld and the individual stages.

The full Cuphead patch notes, via the developer, can be found below.