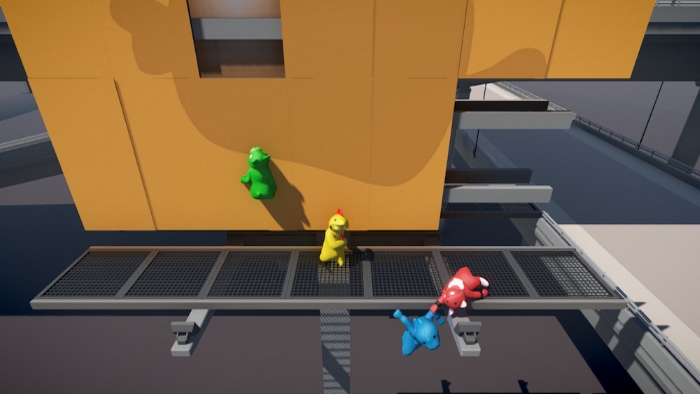 According to the official PlayStation Blog post, the brawler will feature “a whole glut of customization options” alongside new modes such as two vs. two soccer matches and a cooperative mode where up to four players fight off waves of enemies. The game will launch with both local and online multiplayer. Check out some of the wacky costumes and the frantic multiplayer modes in the gameplay trailer below.

Developer Boneloaf originally released Gang Beasts as freeware in an alpha state for PC before Double Fine became publisher of the project in August 2014, and launched in Steam Early Access that same month. The Early Access title has since expanded to Mac and Linux, as well as a virtual reality experience available in the Oculus Rift store. No final release date has been announced yet for the Steam version.