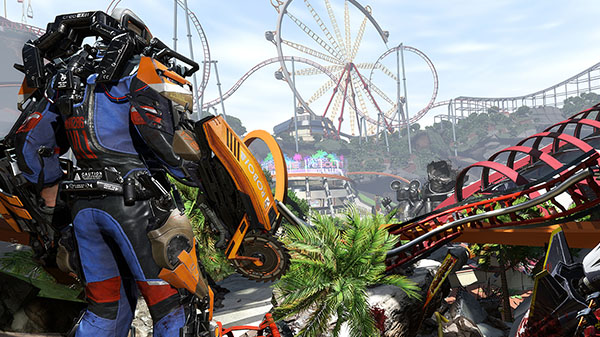 The Surge is getting a new expansion called A Walk in the Park, and it’s even closer than you might have guessed. It’s making its way to PlayStation 4, Xbox One and PC on Dec. 5, the same day The Surge: Complete Edition is hitting store shelves, with all the game’s previous downloadable content as well as the full game itself.

A Walk in the Park is a journey through CREO World, an amusement park that the Surge has run rampant in, with robotic mascots, deadly rides, traps, and insane rescue teams. There’s no cotton candy or delicious amusement park treats here to find. What you will find, however, is a dangerous and twisted threat from CREO once again, an open-world nightmare that offers a different kind of setting than what you might be used to in-game, with 16 new weapons, armor, and new implants to mess about with.

You can check out the expansion’s trailer below, and if you haven’t tried out The Surge, you might want to give it a go based on what you see here. It’s downright harrowing, especially if you know the backstory behind The Surge in general.