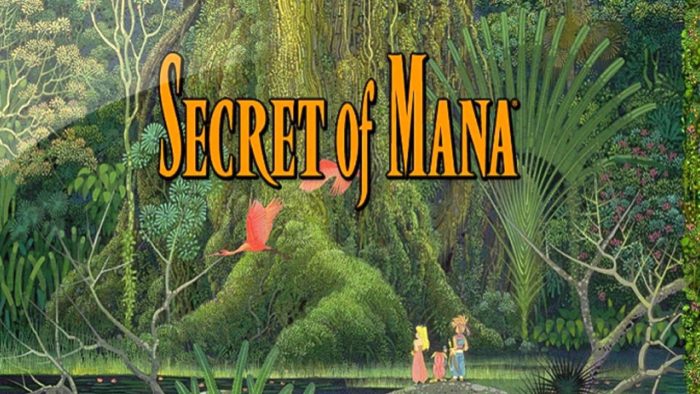 Did you catch the Secret of Mana live stream Square Enix put on today? Probably not if you are living in the US. But that doesn’t mean you missed out forever.

The live stream, which clocked in at just over an hour and thirty minutes long was all about the remake of Secret of Mana. Although the stream was broadcast in Japanese, the local cooperative gameplay was clear as day and showed three people playing and fighting together.

This confirms that Secret of Mana will be playable with local co-op for up to three players. However, there will not be an online co-op feature available.

Unfamiliar with Secret of Mana? The game originally released in 1993. It is an RPG title that places you, the player, into the shoes of a young boy named Randi as he fights against a diabolical force.

The battle for Mana includes many tumultuous encounters along the way; armed with the Mana Sword and joined by his two companions Primm and Popoi, Randi leads the epic quest to battle the treacherous empire as it tries to gain control of Mana.

Secret of Mana will be releasing in Japan on Feb. 15 of 2018 and will be playable on PC, PlayStation 4, and PS Vita.

There is currently no release window for the United States or Europe.