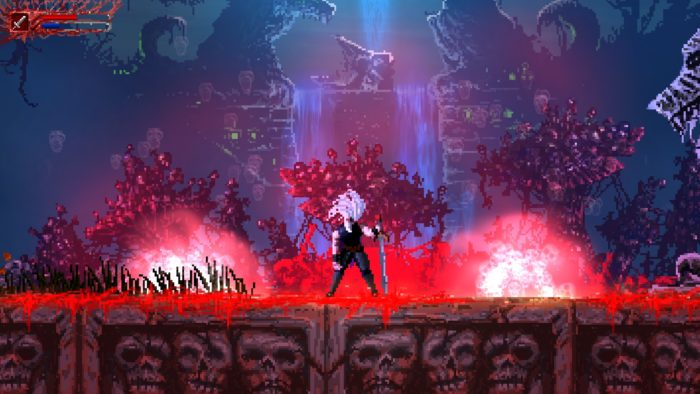 Slain: Back From Hell released last year for PC, Xbox One, PlayStation 4, and Vita. Skipping both the Wii U and 3DS, Slain is finally seeing a release on a Nintendo platform: the Switch. Thanks to the eShop listing of the game, it’s now known that it will be available to purchase from Dec. 7.

Slain is one of many retro throwback games that we’ve seen plenty of in recent years. It harkens back to the original 8/16-bit Castlevanias with its gothic themes and difficult platforming. The game’s description heavily emphasizes its metal soundtrack: “A heavy metal inspired arcade combat with puzzle elements and gore galore. Stunning visuals and true old school gameplay accompanied by the most metal soundtrack you’ve ever heard.”

Currently, Slain: Back From Hell will only be seeing a digital release on the Switch. However, the PS4 and Vita versions did receive a limited physical release following the game’s launch, so it is possible that the Switch version could receive similar treatment in the future.

Check out a trailer for the game below, courtesy of NinEverything.