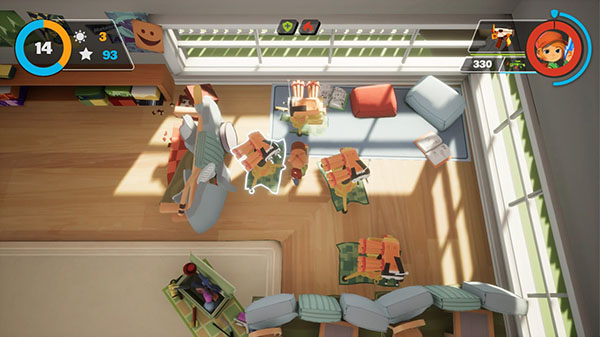 The Switch keeps racking up new games to add to its arsenal, and the latest addition to its collection of games is indie game Sleep Tight, the brainchild of We Are Fuzzy. The twin-stick shooter with elements of base-building is poised for launch on Switch and PC sometime next year in Q1 2018.

We Are Fuzzy is a group of veteran triple-A developers, led by Maxx Burman, previously responsible for working on games like Titanfall and League of Legends. The team has created a shooter that relies on quick reflexes as players fight back against monsters who come out after dark. Using toy turrets, water balloon launchers, guns, and several other armaments, players will battle against the dark that comes out at night while collecting power-ups to bolster their defenses against the things that go bump in the night.

It’s meant to be something of a callback to being young and hanging out in blanket forts, playing with your toys, and pretending the scourge of night time was something to push back. It’s a pretty cute premise, which you can check out in the trailer below.