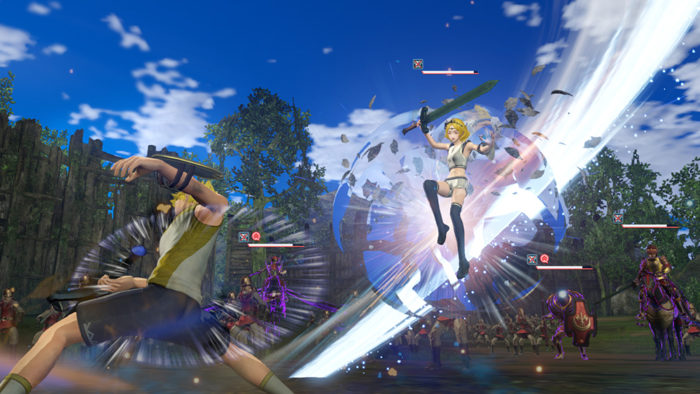 Tecmo Koei has just announced the upcoming Fire Emblem Warriors update. According to the Japanese website, version 1.2 is slated to launch later this month and will include a few new features and mechanics.

First off, the game will be getting a new arena-themed History Map. Here, Rowan and Lianna will be facing off against other various heroes. Fire Emblem Warriors will also be getting a new weapon attribute called “armor blow” that enables the “armor break” state, lowering defense and resistance.

Similarly, there is also a new Disrobe feature that strips Rowan and Lianne of their armor if they are affected by the said state. The twins also get some new costumes: Gold Prince for Rowan and Gold Princess for Lianna. Finally, the latest update includes new blessings to the temple, bulk sale of weapons, bug fixes, and support for the English voice pack DLC (available via the Nintendo eShop).

Fire Emblem Warriors is available to play on the Nintendo Switch and 3DS. The update is slated to release later on Nov. 16. Check out the gallery below to get a glimpse of all the new content.