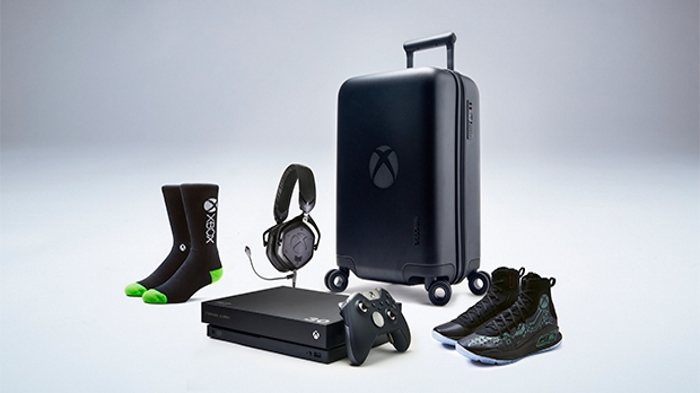 Microsoft’s latest console, the Xbox One X, launched today at a price of $500 for everyone, and the company has announced a new bundle that will not be sold in stores.

Called the Xbox One X “More Power” Curry 4 VIP Kit, it features an Xbox One X console with NBA player Stephen Curry’s name and jersey number 30 on it, and Xbox-branded Under Armour Curry 4 basketball shoes. Other Xbox-themed items in the bundle include V-MODA Crossfade 2 wireless headphones, a travel roller that can charge controllers, and athletic socks. The full bundle includes:

According to Microsoft, the exclusive bundle is “intended for select press and influencers,” but said fans might be able to snag one by following “partner social channels,” which are most likely companies who have contributed to the bundle.