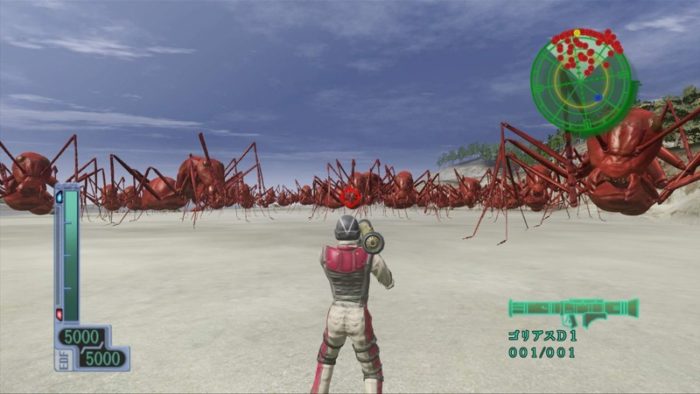 The list of backwards compatible games for the Xbox 360 just keeps getting bigger. This time, we have two games from two long-running franchises. Earth Defense Force 2017, despite what the game’s title might make you think, was a 2006 release for the Xbox 360. It’s a third-person shooter where you’re tasked to take down giant bugs. Coming to Xbox One’s backwards compatibility program alongside this is Sonic Adventure 2. Originally released for the SEGA Dreamcast, the Xbox 360 version of Sonic Adventure 2 is a remaster of the Gamecube port. Major Nelson announced on Twitter that both games will be made available to play on Xbox One at some point today.

If you have previously purchased either game, they will automatically appear in your games library on your Xbox One. If you happen to own a retail copy of Earth Defence Force 2017, just pop the disc into your system and after a short download it will be ready to play. If you’ve yet to purchase either game, both Earth Defense Force 2017 and Sonic Adventure 2 can be purchased from Xbox.com and will be added straight to your downloads on your Xbox One.

Just two days ago, Peggle 2 and Marlow Briggs and the Mask of the Death were also added to the Xbox One backwards compatibility list. With over 400 compatible Xbox 360 games and the recently released original Xbox support, there’s bound to be a few old games that’ll tickle your fancy. Click here to view the full list of games.