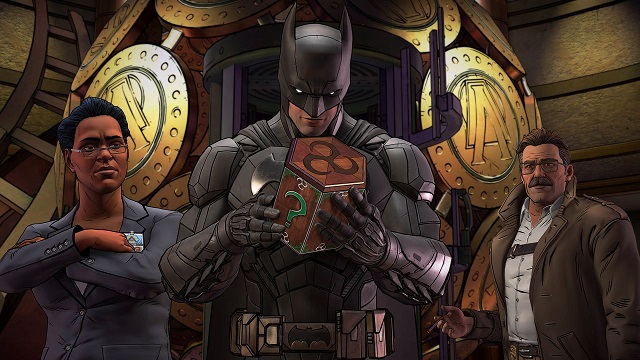 Telltale Games has today announced that episode three of its Batman: The Enemy Within series will arrive next week.

The news comes via a tweet from the official Telltale Twitter account (included below). Titled ‘Fractured Mask’ the episode will continue telling the tale of everyone’s favorite caped crusader, as well as the man behind the mask, Bruce Wayne. The Enemy Within thus far has been enjoyable enough, with a particular emphasis on some iconic villains from Gotham itself.

We're happy to announce that the third episode of #Batman: The Enemy Within, "Fractured Mask," premieres Tuesday, November 21! pic.twitter.com/lXuB1HzrDJ

The latest episode of The Enemy Within is due to launch Nov. 21 on PS4, Xbox One, and PC. The release dates for mobile devices and other platforms will likely be later. You can check out what we thought of Batman: The Enemy Within’s second episode in our review here.