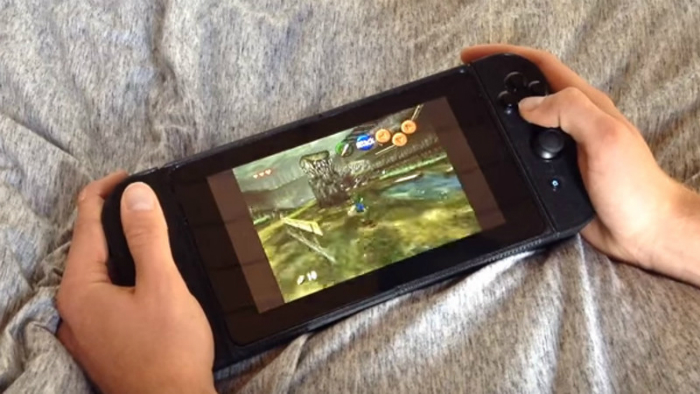 The Nintendo Switch Virtual Console is still missing in action, and even though great new games are coming out for it, those looking to play some retro classics continue to be disappointed. The SNES Classic satisfies with 21 of Nintendo’s iconic 16-bit games, but why stop there? A hardware modder has managed to make a stellar physical copy of the Nintendo Switch that plays all the retro games the real one just can’t right now.

Tim Lindquist, an electrical engineering student at Iowa State University, mocked up a 3D shell that looks just like the Switch in AutoCAD. After it was 3D printed and fitted with a Raspberry Pi 3 and appropriate hardware, it takes more than one look to even tell the difference between Nintendo’s device and the “NinTIMdo RP.”

The “NinTIMdo” runs the RetroPie Linux distribution with the EmulationStation front-end. This makes for an excellent machine that can play homebrew games for almost any console imaginable. The weird thing is that there are not many gaming handhelds with the power of a Raspberry Pi 3 readily available. GPD makes the XD and the Win, but for the most part, if you want a portable console that runs Linux (or a variation thereof) you have to make it yourself (not counting the PlayStation Vita since it’s locked down by Sony).

On Tim’s site, you can get more technical details about his take on the Nintendo Switch. The video below also contains a fascinating look at how he built the NinTIMdo. Surprisingly, the materials (the list of which are also available on the site) add up to less than what a Nintendo Switch and one game cost. If you’re interested in building one of your own, stay tuned to Tim’s site for an upcoming detailed tutorial.