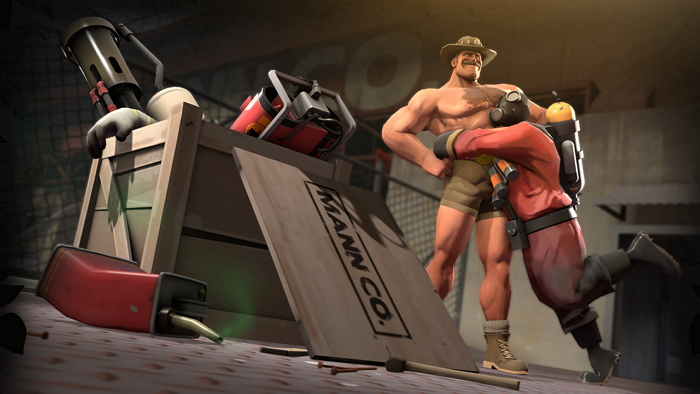 The muffled-mouth, Spy-checking Pyro class is getting a suite of new weapons and improvements in the upcoming Jungle Inferno update for Team Fortress 2, Valve detailed during the third day of the four-day announcement.

The Pyro will receive four new weapons, including the single-shot flamethrower Dragon’s Fury, the speed-boosting Hot Hand melee weapon, the Thermal Thruster jetpack, and the gas cloud-creating Gas Passer. The Thermal Thruster comes with a free kill taunt, Gas Blast, that involves lighting a match and breaking wind near it. All players will be able to acquire the new items without buying the Jungle Inferno Campaign Pass, also coming in the update, by completing six non-Campaign contracts.

The update also improves all of Pyro’s old flamethrowers with new particle effects, better afterburn duration, stronger airblasts, and more. The reason behind the Pyro class receiving the pack of new items is due to winning the Heavy vs. Pyro contest launched during the Meet Your Match update in July 2016. The Heavy will not be completely left out in this update, and players can earn the Second Banana secondary weapon by completing a free contract.

The Pyro pack is coming alongside the campaign pass and six new jungle-themed maps in the Team Fortress 2 update, while Valve has one more announcement left to be made later this week.