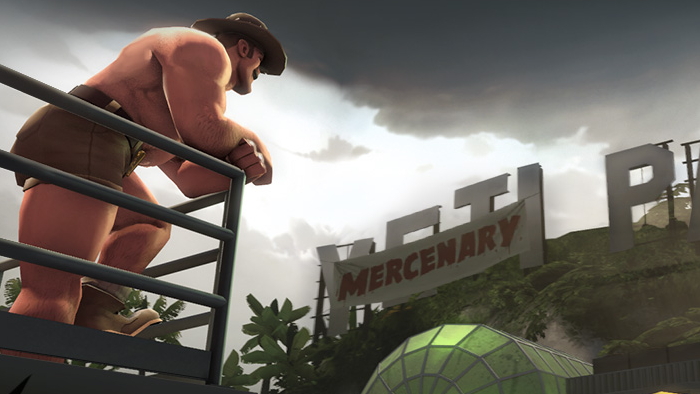 Valve has announced a new update is coming to Team Fortress 2, its 10-year-old free-to-play online multiplayer shooter. Details on the “Jungle Inferno” update have been broken up into four days.

The first day’s content includes six new maps in a jungle setting. The pack of maps is headlined by Valve-created Mercenary Park, a three-control point map. The other five maps – Banana Bay, Brazil, Enclosure, Mossrock, and Lazarus – were developed by the community and focus on Attack/Defend, King of the Hill, Payload, and Payload Race game modes. Valve created a short movie highlighting the new setting below.

Also detailed in the first day were seven new taunts, with five created by the community. Valve made a video showing off each one: Yeti Punch, Yeti Smash, The Dueling Banjo, The Jumping Jack, The Soviet Strongarm, The Russian Arms Race, and The Headcase.