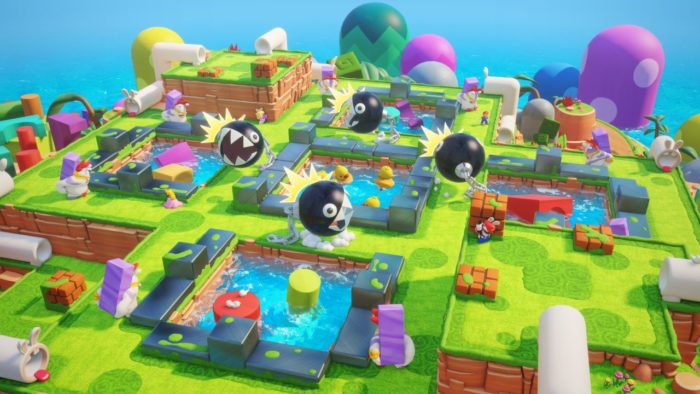 The first piece of DLC for Mario + Rabbids: Kingdom Battle, the Ultra Challenge Pack, is now available via the Nintendo Switch eShop. You can purchase the pack individually for $6.99, or get it as part of the Season Pass which will run you $19.99. Ubisoft released a launch trailer for the DLC recently, showing off the immense challenges that await players.

The Ultra Challenge Pack contains a new co-op campaign with five maps, each of which come with a unique twist on gameplay. One has a tornado veering around the arena, while another is littered with Chain Chomps to attack you. In addition, you’ll also get eight Ultra Hard Challenges contained in each world’s secret chapter. Take a look at everything in the trailer down below.

Mario + Rabbids Ultra Challenge Pack is currently available for Nintendo Switch, the other upcoming DLC has yet to be revealed, although it is expected to arrive sometime in January.