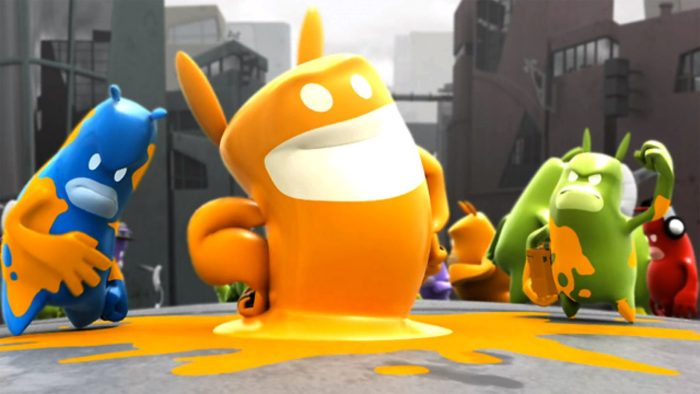 THQ Nordic’s quirky, colorful platformer de Blob is being resurrected on current-gem consoles this November. If you missed it during its original launch on iOS in 2008 and its Wii and PC versions that subsequently made their way out, now you can experience it on both Xbox One and PlayStation 4.

Follow de Blob on his quest to rescue the colorful Chroma City from the I.N.K.T. Corporation, who believes color is a crime, all the while using acrobatic abilities to bounce and smash through enemies while restoring colors. The world may be black and white, but de Blob’s attacks and ideology certainly isn’t. You’ll work to free the trapped citizens and take the city back on your own terms.

Or you can play with friends in a 4-player split screen multiplayer mode if you’re not already opting to paint over Chroma City with your own color choices.

The game is releasing on Nov. 14, just after one of the biggest weeks in gaming in 2017, so if by then you’ve gotten through all your heavy-hitters and want something to cleanse your palate by then, this game should certainly do the trick.