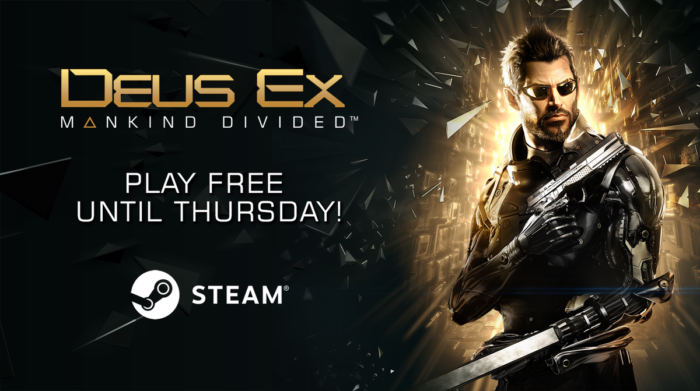 If you haven’t gotten around to playing the latest Deus Ex game yet, well, you may be in luck. According to the game’s official Twitter page you can play Deus Ex: Mankind Divided for the low, low price of absolutely nothing. For PC at least.

Deus Ex: Mankind Divided is the sequel to the hit game Deus Ex: Human Revolution and tells the story of a dystopian cyberpunk world where crimes and corruption are rampant. Armed with little more than wits and a slew of cybernetic enhancements, it was on you as protagonist Adam Jensen to get to the bottom of it all. The action role-playing game featured a rich story and was heavily praised for its open-ended gameplay and robust character customization options. Though it was criticized by some for a freemium game mode that implemented microtransactions into a single-player game.

While the game remained a critical success and received extensive media coverage, the game has only sold around 1.7 million units at the time of writing and has been viewed by some as falling short of its predecessor Human Revolution. This free trial period seems to be a means for Square Enix to revitalize interest in the game and make up for some of those low sales figures.

Now, this offer does come with a couple caveats. Namely that the offer is only going to last until Thursday, October 26th; where at 10 P.M. CEST the game will once again only be available via purchase. Though for those who find themselves enjoying the game and want to buy it, it is currently on sale for around $15 or €12.50. Which, for a game still retailing around full price, is an incredible steal. This all only applies for the PC version however.

For those interested, check out the game’s Steam Page and play while you can.