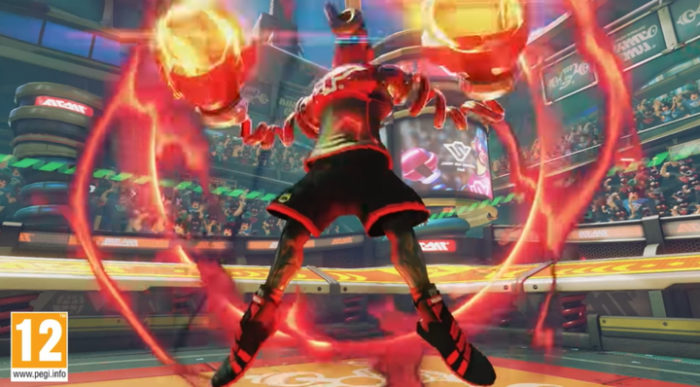 During the Nintendo World Championships, contenders fought it out in a variety of Nintendo games – including ARMS. A new trailer for ARMS dropped last night, focusing on a new update – version 3.2 – that will add badges for characters. The trailer also gives us a different look at Spring Man – who looks like he might be receiving a new skin or even an evil counterpart.

You can watch the exciting trailer right here:

This new update for ARMS will be dropping later this month for the Nintendo Switch and it seems that Nintendo is delivering on their promise when it comes to supporting their new fighting game. The new badge feature and a tease of a new character shows that ARMS will not stop getting content anytime soon.

What did you guys think about the new trailer? Are you still playing ARMS? Does this trailer make you want to go back and play the game some more? Let us know what you guys think in the comments section below!