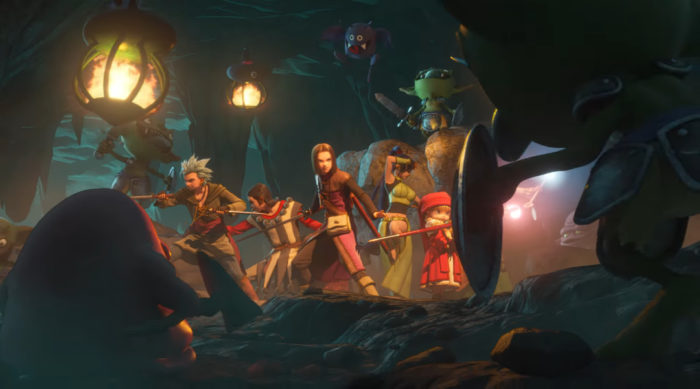 Square Enix has broken its silence on the Nintendo Switch version of Dragon Quest XI, revealing that it will be more similar to the PS4 version which has fully detailed 3D world and character models.

During the Unreal Fest East 2017 event in Japan, series creator Yuji Horii asked if the team is allowed to disclose whether the Switch version would run on Unreal Engine 4. Programmer Mitsuru Kamiyama replied, saying Horii already answered his own question. In an attempt to blur their accidental slip, Yosuke Saito jokingly stated that Unreal Engine would possibly render the game in 2D, but Kamiyama quickly replied that it is more similar to the PS4 version.

Looks like Dragon Quest XI Switch is being made with Unreal Engine. Switch is UE 4.15 and PS4 is UE 4.13 hence rumored development problems. https://t.co/hxQ48sJ0Jg

With Kamiyama’s reveal, fans can be assured that the Dragon Quest XI Switch version is not an HD port of the 3DS build. In retrospect, the 3DS version mostly differs in visuals and presentation, allowing players to choose either a 3D cel-shaded art style or 16-bit visuals.

Dragon Quest XI was released in Japan on July 29, 2017 for the PS4 and 3DS, while the West will receive it at an unspecified date in 2018. Meanwhile, there’s no word regarding the game’s release date for the Switch. In August, Square confirmed that the Switch version is taking long to release “due to technical adjustments.”