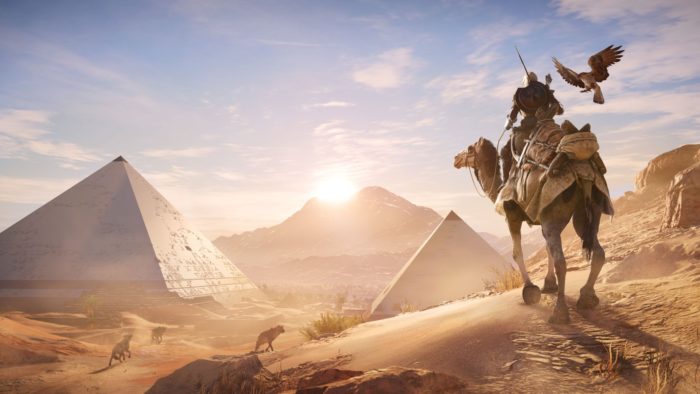 Assassin’s Creed: Origins looks like a breathtaking game with plenty to offer, and that’s judging by the content we’ve seen so far. The latest trailer, however, subtitled From Sand, is very harrowing and indicative of the nature of time itself, how when one empire comes to an end, another can begin again from its ashes.

The trailer depicts Egypt falling to the sands of what is presumed to be time, eventually culminating with protagonist Bayek walking into a sandstorm. The words “Where it all ends, it begins” appear, hinting at some sort of strange revolution of time that ends and begins again upon itself.

Origins is going to follow the rise and collapse of a certain civilization (surprise, guess which one!) and this trailer does a great job of really putting all that into perspective, as well as reminding us that all things must eventually come to an end.