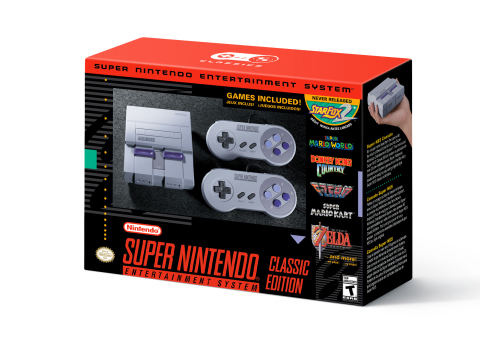 It’s no surprise that Nintendo’s newest system re-release, the SNES Classic Edition, has already sold out across physical and digital retailers all around the world. After all, judging from how fast its predecessor, the NES Classic, came and went, the same was bound to happen to this 21-game compilation console. The SNES Classic has the likes of Final Fantasy III, Secret of Mana, Super Metroid, Starfox 2 and Super Mario World on it too, making it even more desirable by hardcore gamers.

While many fans have missed out on pre-orders for the micro-console, Nintendo of America’s Reggie Fils-Aime provided some reassurance in an interview with Financial Times that stock provided for the SNES Classic will match high consumer demand. He’s quoted as explaining that supply has “dramatically increased”, and although first reservations sold out quickly, the situation was “outside our control” in regards to how many units were allocated to retailers.

“I would strongly urge you not to over-bid on an SNES Classic on any of the auction sites…you shouldn’t [have to] pay more than $79.99,” Reggie stated when confronted on the high prices third parties are charging for the NES Classic due to the system not being in production anymore. Indeed, the NES Classic runs for many times over its initial price point at some auction sites.

It remains to be seen when pre-orders will open up again for the SNES Classic, or if they will open up again at all. It certainly will be a feat for Nintendo to keep up with the demand for the micro-console come holiday season, though hopefully they’ve made the necessary preparations.