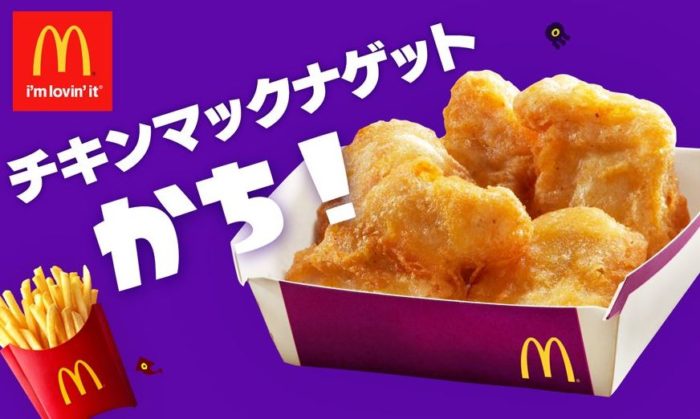 While last week Splatoon 2 players around the world outside of Japan were battling to determine which superpower was the best (Flight or Invisibility), this past week, Japanese players had their own themed Splatfest. McDonald’s sponsored Splatoon 2’s most recent showdown and pitted two of the fast food chain’s most popular menu items: Fries and Chicken Nuggets. The results were very similar to what went down during the Mayo vs. Ketchup battle in non-Japanese regions.

Fries, unsurprisingly, killed it in the popular vote in Japan, getting 71% of the vote. In Japan fries are very popular, and it’s common place to order huge amounts and have fun trying to eat as many as you can, something Kotaku’s Culture Smash column has tackled in the past if you want to give that a read. Not that chicken nuggets aren’t also delicious, but I think many people would have (accurately) bet on fries to win the popular vote.

That said, popularity is just one part of the three categories you need to win to claim victory in Splatoon 2’s Splatfests. And while chicken nugget people might have been few and far between, they were the few and the proud, and were able to win the two battle-based categories (team and solo queues), 51-49.

In the USA at least, the results of the Mayo vs. Ketchup battle were controversial because of how lopsided the popular vote was as compared to the actual results of the Splatfest. Because there were so many more Ketchup players, they often had to play each other while waiting for a Mayo team to be ready to play. Based on the those percentages, it’s likely Japanese french fry fiends probably had the same experience.

Controversial or not, congrats to all the chicken nuggets defenders out there. What would you have gone with if this was played outside of Japan? Let us know down in the comments.