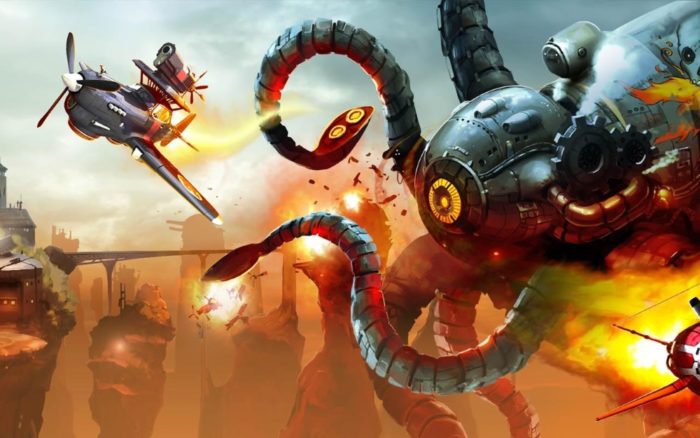 Since it was first released back in 2012, Sine Mora has been released on pretty much every gaming platform available, including the ill-fated Ouya. Not about to leave out Nintendo’s latest console, it has been announced that an extended version of the shoot ’em up called Sine Mora EX is set to be released on the Switch later this year.

As Gematsu reports, the game will launch on September 26 in North America and October 10 in Europe. The game was released earlier this year on the PlayStation 4, Xbox One, and PC in August.

A description for the game in the Nintendo eShop reads:

“Sine Mora is a side-scrolling shoot’em up that provides a unique challenge, where time is the ultimate factor. Mixing classic shooter sensibilities with contemporary presentation, Sine Mora is a gorgeous shoot’em up offering both a Story Mode that weaves an over-the-top tale and an Arcade Mode that provides deep, satisfying gameplay to challenge fans of the genre. With many ways to manipulate time, Sine Mora features over 50 weapon combinations to complete each beautiful stage that fits to the player’s skills with scaling difficulty. Soundtrack composed by Akira Yamaoka and featuring boss designs by Mahiro Maeda.”