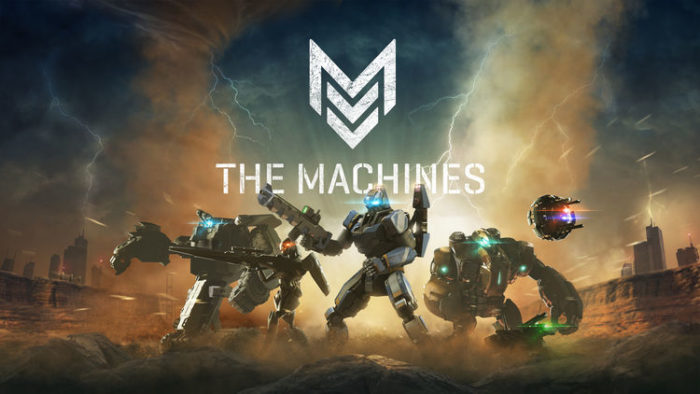 The developer’s CEO, Atli Mar Sveinsson, explained how exactly the game would work as a battle between tanks ensued behind him onscreen. Another man on the stage held an iPad as if he were using its camera, overlaying the fight upon our world in real time.

“You can use the position in the real world to gain a tactical advantage,” Sveinsson said. “Your are not just controlling the game. You are in the game.”

Inspired by MOBA games, The Machines tasks players with shooting each other while also destroying enemy bases. By moving around, players can get better views of the action. In the presentation, the man joining Sveinsson onstage got closer to the enemy by moving toward him, for example, and as he got closer to battle the volume increased.

Directive Games is a company made up of developers from CCP Games (the maker of Eve Online), DICE, Square Enix, Ubisoft and Tencent, so there’s no shortage of talent going into this project. There’s no shortage of funding for it either, as the studio reportedly raised over $3.5 million with the purpose to make triple-A-quality games on mobile two years ago.

No release date has yet been announced for The Machines, though iOS fans should expect to hear more information once Apple’s ARKit goes live with iOS 11. In other Apple news, the impressive iPhone X was announced today and is set to be released this November.