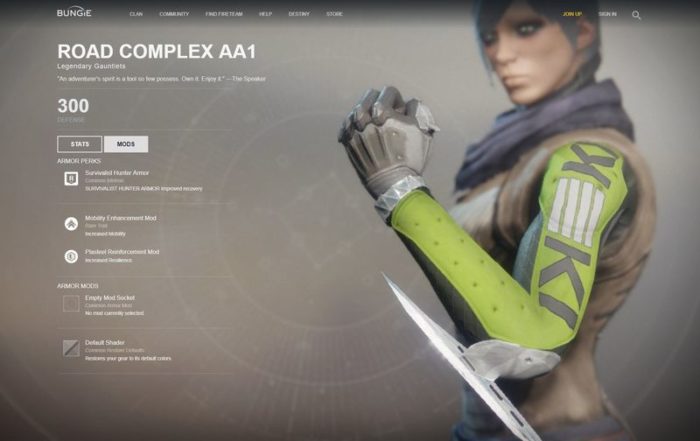 Destiny 2 has been on the lips of every gamer recently, having just released to critical acclaim. However, a certain piece of armor has become the subject of scrutiny from players, after people realised that it resembled part of the “Kekistan” Flag. Kek is a mock religion created by members of the white nationalist movement known as the Alt-right.

“It’s come to our attention that a gauntlet in Destiny 2 shares elements with a hate symbol,” Bungie’s announcement reads. “It is not intentional. We are removing it.”

2/2 Our deepest apologies. This does NOT represent our values, and we are working quickly to correct this. We renounce hate in all forms.

The armor in question is a pair of gauntlets known as Road Complex AA1, which sports what appears to be the letter K on either side of four lines on the upper arm, against a lime-green background. To anyone unfamiliar with “Kek,” these gauntlets would appear rather unassuming (and really quite stylish), but after seeing the two together, its plain to see how this could be seen as representing the white nationalist movement.

The Kekistan flag is clearly designed to mimic a Nazi flag, with the colour switched to green and the Swastika replaced with the letter K design. The flag has been seen at a number of alt-right rallies recently, including the controversial Charlottesville protests which involved a number of serious injuries and a death. It’s clear that Bungie never intended to associate with such a group, and we commend them for taking note and removing the design so quickly after it was picked up.

It’s not quite clear whether or not Bungie will be removing the armor piece from the game entirely, or just changing up the design on it. We’d wager that it’s just going to be a design change, since removing a piece of armor from the game entirely would leave a bit of a gap. Destiny 2 is out now for PS4 and Xbox One, and will be heading to PC later next month. We’re loving the game right now, and if you need any help you can check out our wiki.