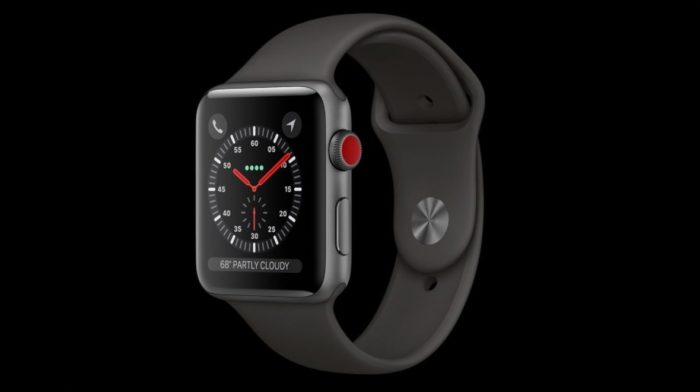 The Apple Watch series 3 has been officially revealed at today’s Apple Keynote address in the new Steve Jobs Theatre. The newest model of the device has been updated to be more closely in line with the iPhone.

The Apple Watch now has cellular capabilities, meaning you no longer have to carry your phone around with you in addition to the watch. It will also come with the new Watch OS4 installed. If you pick one up, you’ll also get benefit from the new bands and barometric altimeter. The processing speed has also received an upgrade, running 74% faster than the previous series.

For those who use their phones for gaming purposes, you can now take your games on the go with the Apple Watch, but only with the model that includes cellular. Regardless, it is still a nice feature, adding more of the iPhone’s features to the Watch, creating a much more useful device.

The Apple Watch Series 3 will be available in two variants. The model that includes cellular will start at $399, while the model without cellular will go for $329.

Pre orders for the new Apple Watch will start September 15. The device will be out a week later on September 22.