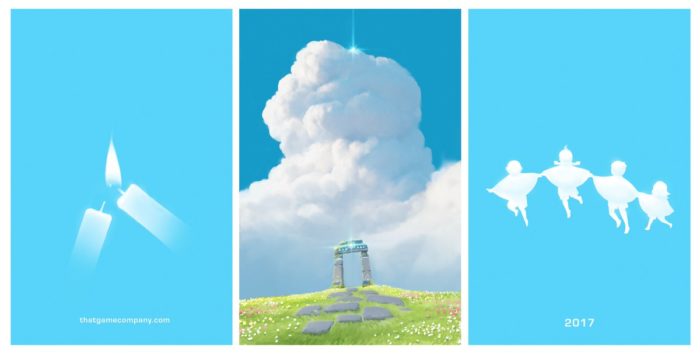 Today during the latest Apple event held at the Steve Jobs Theater, the new Apple TV 4K was unveiled, during a presentation where thatgamecompany’s Jenova Chen a brand new game called Sky.

Chen called the game a “romantic social game,” stating that it’s meant for even the most casual gamers to be able to get into. Everything can be done with one finger using the Siri-enabled remote for the Apple TV 4K.

We’re excited to bring you the first look at our newest game Sky, coming to iPhone, iPad and Apple TV #thatskygamepic.twitter.com/MsJ7nruZs4

Much like thatgamecompany’s Journey, the game looks like it will be a fairly calm endeavor, with players flying through the clouds in a bid to collect the light in the world. You’ll be able to join up with up to eight players around the world, as everyone joins together as small cloaked figures soar through the skies.

You can see Sky in action beyond the initial footage shown off during the Apple presentation in the teaser trailer below. It will be available this winter for Apple TV 4K, iPhone, and iPad.