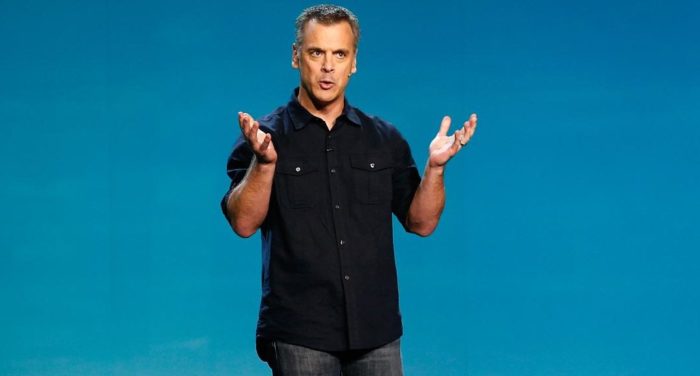 Bethesda is working on an as-yet unannounced video game release that’s coming this year. It doesn’t appear that we’ve heard about whatever it may be, either, which is pretty surprising. A recent interview between Tek Syndicate and Bethesda’s Pete Hines spawned the news.

“We have a ton of stuff going on; and we even have a game coming out this year that we haven’t even told anybody about yet,” Hines said in the interview. “They can wait. It won’t be so long.”

According to an interview by @teksyndicate , Bethesda still has one unannounced game releasing THIS year. What do you think it is? pic.twitter.com/E0pXwq9ISV

As far as what this new game may be, Hines didn’t get any further details. He wouldn’t clarify as to whether or not it could be a new IP, a new game that belongs to existing brands within the company, or something different entirely. Whatever it is, it appears to be something exciting, as he later tweeted that folks should “ignore” what he said, making a joke to MrMatty, the interviewer who dug out the information.

Bethesda is hard at work bringing both The Evil Within 2 and Wolfenstein II: The New Colossus out in October, so there’s plenty on the horizon, and Dishonored 2: Death of the Outsider drops just next week. Hopefully we’ll know more later this month before the gaming landscape gets super crazy in October, which it’s definitely going to do.