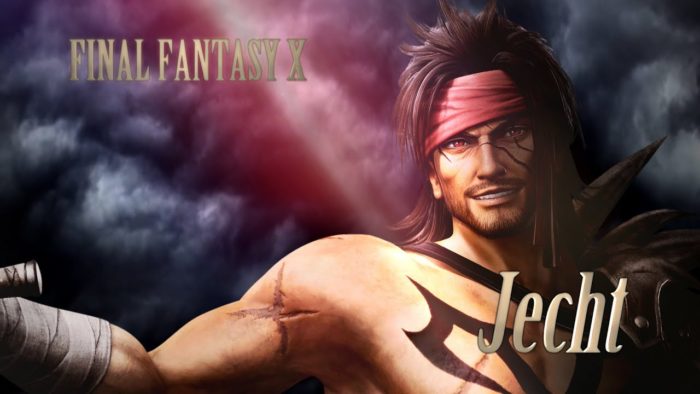 Dissidia Final Fantasy is Square Enix’s fighting game centered around Final Fantasy characters. It began on arcade cabinets way back in 2015, and recently we’ve seen the announcement that the game will be headed to PS4s in the west. Thanks to this, there’s been loads of hype surrounding the game, as well as loads of speculation on who might be showing up when the game finally drops next year.

Today, as part of the announcement of five villains from the series headed to the game, the latest playable Dissidia character was announced to be Jecht from Final Fantasy X – a major character in the game and the main character’s father. He’s got a pretty cool design in the first place, so seeing him in the PS4’s full glory (and not just a remaster) is really nice to see.

You can check out the official trailer below, which shows off some of his moves – it’s worth checking out if you just want to see him beating up his son, too. His announcement has ruffled a few feathers, as players are more excited for the later villains to be announced, considering Jecht barely even a villain in the first place.

Jecht is one of the characters we guessed correctly in our list of Arcade characters that could be revealed next week. Be sure to check that out if you’re interested in anyone else we might see further down the line! Dissidia final fantasy is set to release on consoles some time next year, and we can expect Jecht to head to Japanese Arcade cabinets some time before that.