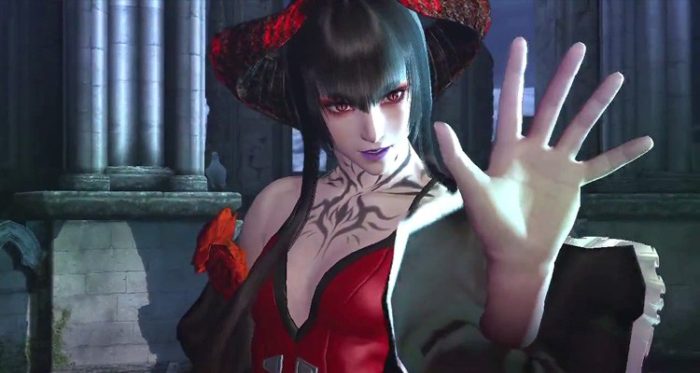 Tekken 7 is undoubtedly one of the wackiest fighters out there, with several cosmetic options and characters that go against the grain when it comes to what’s considered “normal” for fighting games. That’s why it’s great news that anyone who wants to add the vampiric Eliza to their roster can today, as well as a bevy of new accessories based on the adorable Taiko Drum Master series.

Eliza first appeared in Tekken Revolution and was only available before as an add-on DLC character for anyone who preordered Tekken 7. You can pay $5 to play with her now, and all of her weird, sleepy quirks. She’s also a thrill to play as.

But the biggest attraction here, as I think many of you may agree, is the Taiko Drum Master pack that’s up for grabs right now for free. You get ten items, like health bar skins, a shirt, effects, and several other fun things that you can dress Eliza and the rest of your favorite Tekken characters up with. And you’re certainly going to want to. These are some adorable items.

Ready for another injection of Tekken 7 soon? Make sure you check back in August, when Tekken Bowl is about to make its debut once more. You won’t want to miss that.