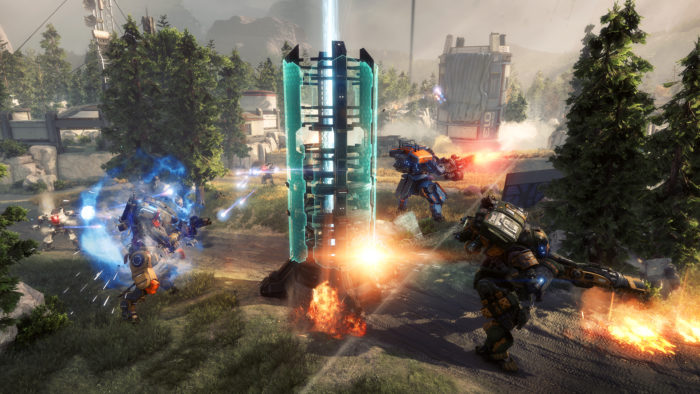 Titanfall 2’s next DLC pack will bring a new horde mode called Frontier Defense. The update will also bring two new maps, and like all Titanfall 2 DLC, it’ll be free.

Frontier Defense is a wave-based co-op horde mode where up to four-players can join together to fight off enemies. The thing that sets Titanfall 2’s horde mode apart from other games is that you’ll not only be facing ground soldiers, but also the titular Titan mechs.

To beat Frontier Defense, players will have to fight their ways through five waves of enemies, with each wave getting harder and harder. Each defeated for will give you money which you can spend on new items and tools to better combat future waves. The mode also has a new progression system for Titans to unlock upgrades.

The first new map is called Rise. It’s a remaster of the map Rise from the first Titanfall and is conducive to long-range duels between pilots and their Titans. The second map, Township is a new Live Fire map which features a lot of open spaces punctuated by houses. This map seems like a sniper’s free-for-all, and it will require an aggressive playstyle to unseat those who can take up a good position.

The new update will also bring new cosmetic items. There will be new Elite Warpaints. The new weapon Warpaints give a 10% higher chance to earn double XP tokens at the end of matches. They’ll also bestow a merit boost upon your teammates. The new Titan Elite Warpaints will give you and your allies an XP boost in Frontier DeFense mode.

From when the DLC releases on July 25 until August 28, you can buy the weapon Warpaints as a bundle. After that, they’ll have to be purchased individually. The Titan Warpaints, however, will only be available until August 28. As long as you have a copy of Titanfall 2, all the new DLC will be yours for free starting next week.