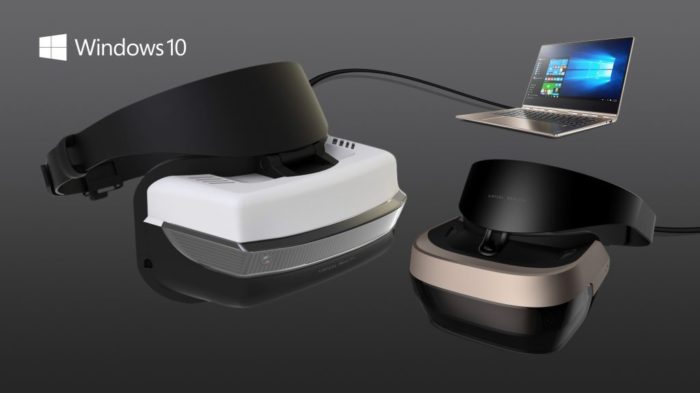 Depending on whom you talk to, virtual reality and augmented reality is either the future of gaming in the way 3D was in the ’90s or a passing fad, (the other kind of) 3D was a few years ago. Most of the industry’s biggest players have at least dipped a toe into the VR AR world, and a slew of indies and companies that weren’t previously even considered part of the industry are exploring ways to push VR and AR forward.

And then there’s Microsoft. It’s not that the company isn’t doing anything, though, it’s more than no one outside Redmond is really quite sure just what the something it’s doing is. In a brief interview with GameSpot, Microsoft Game Studios General Manager Dave McCarthy tried to clear things up a bit, explaining that Microsoft’s focus in this realm is just more on PC than Xbox.

“Our focus right now is admittedly on the PC space,” McCarthy said. “So we look at Windows 10, we see an open ecosystem for developers. We see a huge installed base of half a billion monthly active devices on Windows 10. And we say that feels like the right area of focus right now [for VR/AR].”

McCarthy also added a point that’s painfully obvious to anyone who’s followed VR with even a passing interest: it has yet to receive its first “killer experience.” While there are VR games that have been positively received, none have been so impressive as to sell a wide audience on the idea that virtual reality gaming is indeed the future. But while VR aficionados might be concerned about that reality, McCarthy doesn’t seem too worked up over it.

“I would say developers are still finding their way to define the killer experience there, which is great at this point in its evolution overall,” he said. “We believe in it enough that we have several of our first-party studios actually working on content for our Windows 10 devices. We’ll have more to talk about later this year on that.”

Microsoft last year announced a partnership with various companies to develop a series of VR headsets for PC. And in 2015, the company announced Hololens, an AR headset that appeared to be nothing if not futuristic.

Xbox One X, an upgraded Xbox One that is presumably powerful enough to run high-quality VR experiences, is still scheduled to launch in November.