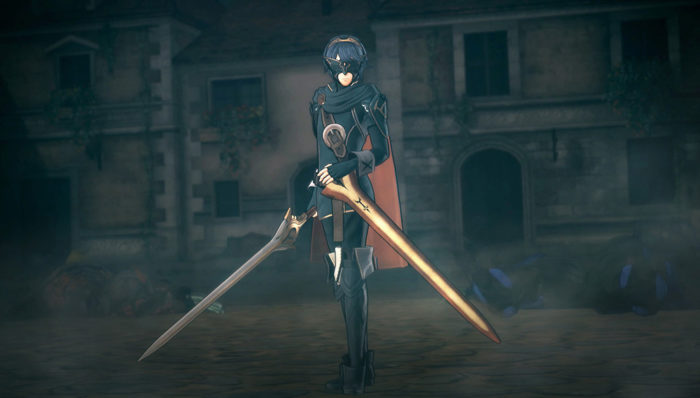 The official Japanese website for Fire Emblem Warriors has been updated to include the familiar faces from previous games along with descriptions of who they are just in case you never got around to playing the earlier titles. Robin, Lucina, Lissa and Frederick have now all been added to the site along with their own screenshots. They will now officially join forces with Lianna, Rowan, Chrom, Corrin, Marth, and Ryoma who have already been confirmed as playable characters.

We first learned that the latest batch of key characters from the Fire Emblem Awakening cast would be joining as playable characters in Fire Emblem Warriors after the Japan Expo trailer was released earlier this month. This gave fans of the series confirmation that Robin, Lissa, Frederick and Lucina would all be joining the cast.

The updated site now lets you listen to their voice actors, check out different shots of them within the game and freshen up on who’s who all in one page. Robin is described as the man who “lost his memory and was rescued by the Shepherds when lying unconscious, before joining their cause.” Lucina returns as the mysterious mask-wearing woman who calls herself Marth and wields a the Falchion sword. Lissa is “Chrom’s younger sister, and princess of the Halidom of Ylisse. A member of the Chrom-led Shepherds, she can sometimes be selfish, but has a kind heart.” Then, of course, there is the stern and strong knight known as Frederick. He is described on the site as “the deputy of the Chrom-led Shepherds” who has a “series and honest personality, and is strict with both himself and others.”

In addition to familiar faces returning to the series, the Bond Level system will also be returning. Much like its function in earlier titles, bonds between characters will grow if they are battling together. Increased bonds will be signified by a heart marker appearing above the characters and a special Bond Conversation will be triggered once a Bond Level has been maxed out.

Fire Emblem Warriors will be released for the Nintendo Switch and New 3DS in Japan on September 28. The game is also scheduled to have a worldwide release later in the fall.