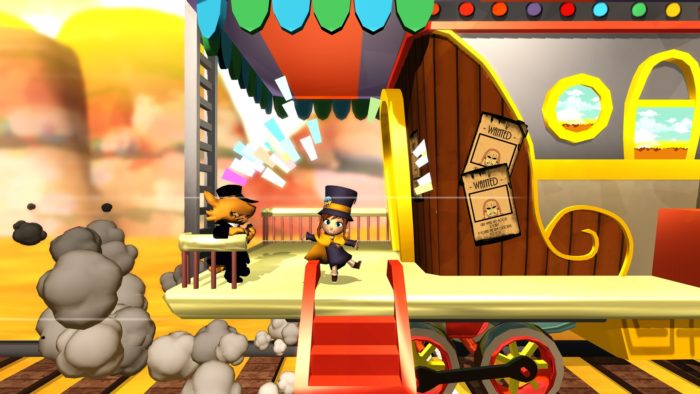 Developer Gears for Breakfast has announced that the charming indie platformer, A Hat in Time, will make its way to PS4 and Xbox One this Fall. A Hat in Time launched a successful Kickstarter campaign back in 2012, and has been in development ever since. It’s inspired by the classic platformer experiences of the 90s like Banjo-Kazooie, Super Mario 64, and more.

In addition to the announcement Gears for Breakfast released a lengthy gameplay trailer showing off a number of features including boss battles, a grappling hook item, and various colorful worlds. Take a look at the trailer down below, and here’s an overview of the game from the official site.

“Travel with Hat Kid as she tries to recover the hourglass-shaped fuel for her spaceship! Race to collect them all, as everyone else on the planet are hunting for them as well, including the evil little Mustache Girl!Upgrade your hat by attaching badges to it and defeat everyone in your way with your trusty umbrella!”

A Hat in Time currently only has a release window of Fall on PS4 and Xbox One, but no firm date. There also isn’t any word on a Switch version as of yet, but we’ll make sure to keep you updated if anything is announced.