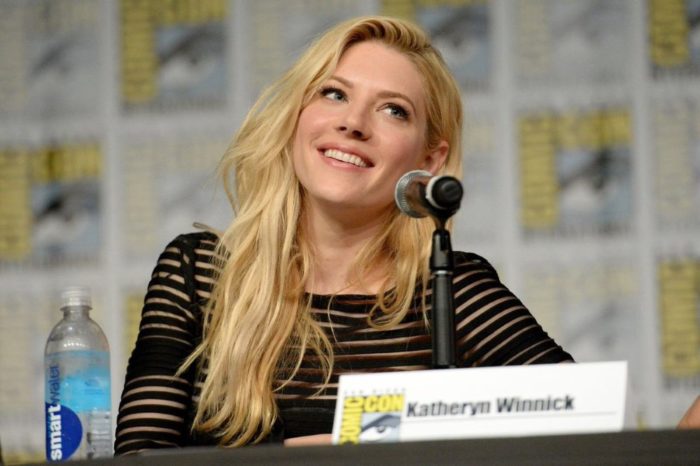 Call of Duty: WWII will move away from the futuristic setting of more recent titles by taking us back to its World War II roots, much to the delight of fans. The game is arguably one of the most anticipated titles of the year and we’re looking forward to seeing how the game turns out.

The Call of Duty series is one of the biggest gaming franchises around and over the years it has seen some pretty big names have their voices and likeness included in the games. We’ve seen the likes of Kevin Spacey, Kit Harington, and Conor McGregor all appear in the series and now it has been announced that Vikings star Katheryn Winnick will be lending her voice and likeness to a character in Call of Duty:WWII.

Winnick is best known for playing the fierce viking sheildmaiden Lagertha Lothbrok in the TV show Vikings but in WWII she’ll be portraying a character named Marie Fischer. As Variety reports, Marie is an excellent tactician and engineer who seeks to salvage lost treasures and find her brother, Klaus.

Winnick is also set to star in the upcoming film adaptation of Stephen King’s The Dark Tower, so it looks like she’ll be a very familiar face this year. Call of Duty: WWII is set to be released for the PlayStation 4, Xbox One, and PC on November 3.