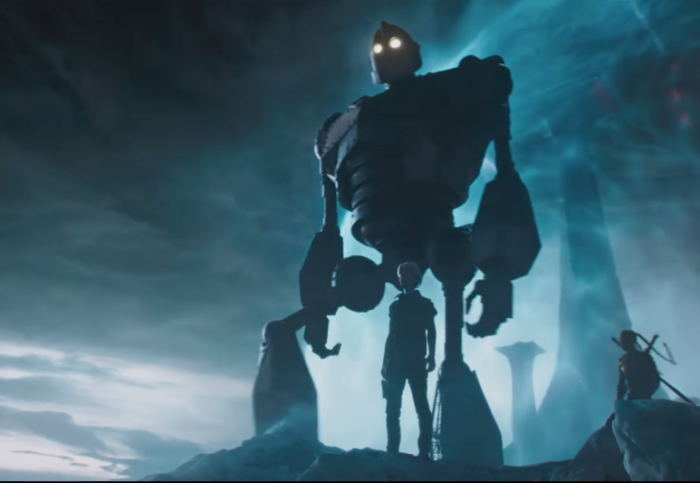 Ready Player One is making fans pretty happy now that its first trailer debuted at San Diego Comic Con and is making its way around the Internet. Whether you are a fan of the novel of the same name by Ernest Cline, or a fan of pop culture in general, there may be a few Easter Eggs in this trailer you can spot as it briefly shows off the VR world of Oasis.

The movie Ready Player One is being directed by film giant Steven Spielberg who has had a hand in creating a number of pop culture classics over the course of his career, including E.T., Jurassic Park, and the Indiana Jones franchise, just to name a few. Now his Amblin Entertainment is joining forces with Warner Bros. to bring the “Holy Grail of Pop Culture” to life with the help of Tye Sheridan who plays our lead character, Wade Owen Watts. Haven’t read the book or synopsis? No problem.

When the creator of an MMO called the Oasis dies, he releases a video in which he challenges all Oasis users to find his Easter Egg, which will give the finder his fortune. Wade Watts finds the first clue and starts a race for the Egg.

With the trailer only being 2 minutes and 35 seconds long, some Easter Eggs are dangled right in front of sci-fi and horror fans, including the Delorean from Back to the Future, Freddy Krueger from A Nightmare on Elm Street, as well as a loveable character from many a childhood, the Iron Giant.

Ready Player One is expected to drive, storm, and land in theaters on March 30, 2018.