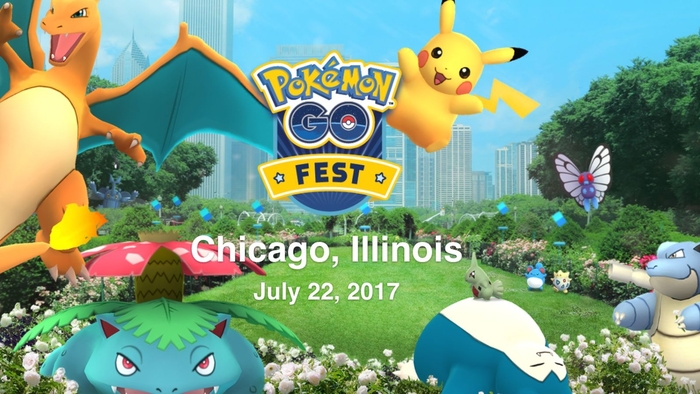 The Pokemon GO Fest taking place in the windy city that is Chicago, is off to a bad start this morning. Fans have come from all over the U.S. to participate in this event in hopes of catching some rare Pokemon, meeting fellow Poke-fans, and to just have a grand ol’ time. But it seems that there are so many people at Grant Park that the game has been rendered unplayable for a lot of people, causing the CEO of Niantic, John Hanke, to get greeted with many boo’s as he talked on stage during the event.

Andrew Reiner from Game Informer, is currently participating in the event and has said that “players are getting very frustrated with with the game at the fest and Niantic’s John Hanke took to the stage to boos as he greeted players and outlined the day’s activities, as the game is still suffering major issues.”

There seems to be tons of Pokestops and rare Pokemon like Unown and Heracross to be caught but players are unable to because of the servers. Niantic is still working on trying to fix the issues as the day goes along; more and more fans are still waiting to get in the event, which they have paid for, only making things more difficult as more people fill the park. The Pokemon GO Fest is definitely off to a rough start.