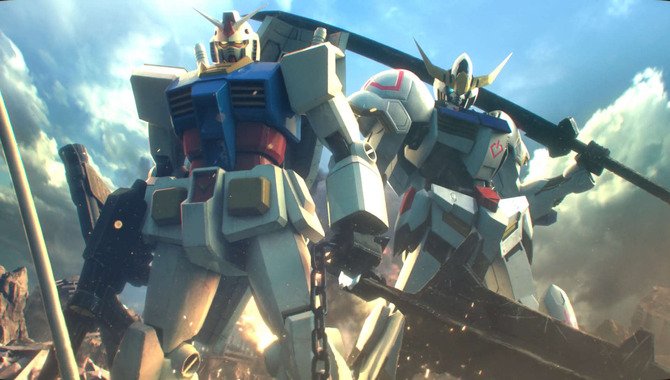 Bandai Namco dished out more details today regarding the upcoming North American and European release for Gundam Versus. For the most part, it’s all good news about when you’ll finally be able to try the game out and what all will come included in pre-order bonuses. Unfortunately, there is also a bit of sour news that some Gundam fans might not be too happy about. But let’s start with the positives, shall we?

It was finally confirmed that Gundam Versus will indeed receive an open beta before it finally arrives in the West. While Bandai Namco didn’t give an official date for when the open beta will start, just knowing that one is on the way is good news for fans of the series. Devs also promised that details would be coming soon so gamers won’t have to sit in the dark for long. The other good news is that the game will also offer some pre-order bonuses. If you pre-order the game you will automatically receive the same DLC mobile suits that were already added to the game in Japan. That DLC pack includes Gundam Barbatos Lupus, Gundam Virtue, and Hot Scramble Gundam. Players who don’t decide to go for the pre-order can still get these mobile suits later but they’ll just have to pay up—except for when it comes to one particular gundam.

This is where the news gets a little bittersweet. The DLC pack is a steal for American fans of the series as players in Japan had to purchase a more expensive version of the game to get that DLC pack. The catch, however, is that Hot Scramble Gundam will actually only be available as a pre-order bonus. That’s right. If you don’t order the game early, you don’t get to have the Hot Scramble Gundam. Of course, it seems only fair as this was also the deal for fans in Japan. Hot Scramble Gundam is not available to purchase in Japan either so it would seem a bit unfair to hand that option over to another region.

If you don’t mind not having the Hot Scramble Gundam and want to purchase the additional mobile suits separately, they will cost a little more than $5 a pop. The decision is all yours. Gundam Versus will finally release in North America and Europe on September 29.