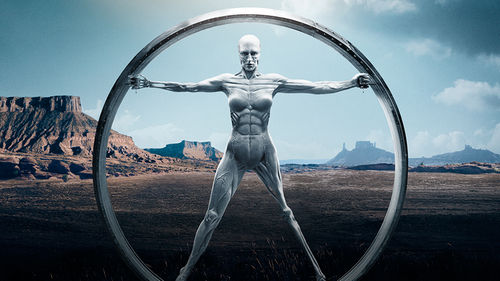 The sci-fi, HBO hit Westworld is getting a second season, but what’s really newsworthy here is that a new trailer for the show’s upcoming season is out now and it’s off to a bloody start as the advanced animatronics are loose and killing just about everyone in the park.

Just like the first season, the second season of Westworld will consist of ten episodes continuing the story of the immersive theme park for the super rich. And yes, the Jurassic Park puns may continue thanks to Westworld being based on the original sci-fi film of the same name by Michael Crichton.

If you need a summary, in season one, we were shown the incredible Westworld, a place where considerably wealthy guests could get lost in a Wild West setting that is filled with only the most advanced attractions, androids that are made to look, feel, and act as real as the humans visiting. The conflict arises when things begin going from strange, to mind boggling, to fatal as a handful of the animatronics gain an awareness of their environment. They begin to remember the horrible things the guests have done to them, as well as their creators for the sake of entertainment.

J.J. Abrams returns as the executive producer for the second season along with Jonathan Nolan and Lisa Joy, as well as the main group of newly liberated creations, Dolores, Teddy, Maeve, and Bernard. And, of course, an evil looking Ed Harris will also be there as the infamous Man in Black.

You can expect to watch Westworld on HBO when it arrives in 2018.