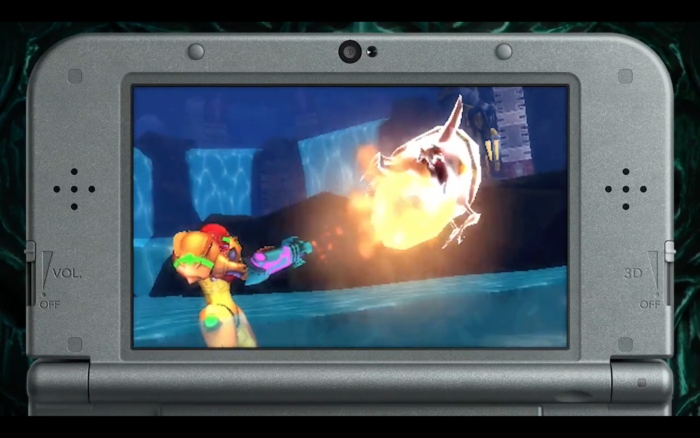 Nintendo has announced during their Treehouse event that Metroid: Samus Returns is in development for the Nintendo 3DS. The game is a re-imagining of the 1991 classic, Metroid II: Return of Samus, which was released for the Game Boy. The game utilizes both screens of the 3DS to place all of the action on the top screen and the map on the bottom screen, keeping the top screen clean and empty of icons.

You can place pins anywhere on the map to remind yourself of items and doorways that you can’t get into without a certain ability or weapon. Instead of having to backtrack your way to past sections that you’ve already been to, you will now be able to use teleport stations to transport to other stations that Samus has activated.

Killing a certain number of Metroids will unlock new areas around the map and will ultimately be your guide to progress the story.

You can check out the official gameplay trailer that was shown during the Treehouse event:

Two new Amiibo were also announced to coincide with the release of the game; a new Metroid Amiibo, and a new Samus Amiibo that is different from the Smash Bros. line of figures. Samus Returns will not only be compatible with these two new Amiibo, but also with Zero Suit Samus and Samus from Smash Bros. No details on what exactly the Amiibo are going to do in-game was said.

Mercury Steam is the developer behind Metroid: Samus Returns and the game is scheduled to launch on September 15 for the 3DS.